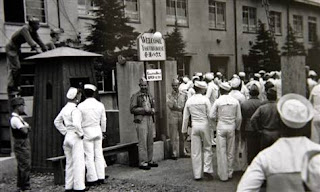 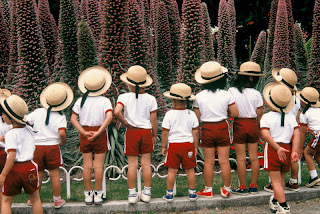 It is now the same ally that went to a foreign nation and slapped Japan across the face, stirring up a festering problem and leaving Japan with few options.

U.S. Secretary of State Hillary Clinton has upset key ally Japan by reportedly demanding that all official documents refer to women drafted as prostitutes for the Japanese military during World War II as “enforced sex slaves” rather than by the euphemism “comfort women.”

The Nelson Report, which is widely read in Washington political circles, reported that Clinton is interested in the issue and considers the treatment of the victims a serious human rights violation. According to a diplomatic source in Seoul, Clinton recently objected to the term “comfort women” when she was briefed by a State Department official.

A State Department official stopped short of confirming the decision on Monday but said the treatment of the women was “deplorable.”

The periodical said Clinton’s decision shocked Japanese officials, who interpret it as siding with Korea and other countries whose citizens were also drafted as “comfort women.”

According to the Japanese media, Japan foreign minister Gemba is “seek(ing) clarification.” But this is no off-hand comment in a moment of appeasement in front of the South Koreans. This is policy paper which was no doubt well-thought out and vetted.

Unfortunately, it is also bad politics which ignores America’s own experience as occupiers in Japan.

Japan’s abhorrent practice of enslaving women to provide sex for its troops in World War II has a little-known sequel: After its surrender — with tacit approval from the U.S. occupation authorities — Japan set up a similar “comfort women” system for American GIs. An Associated Press review of historical documents and records — some never before translated into English — shows American authorities permitted the official brothel system to operate despite internal reports that women were being coerced into prostitution. The Americans also had full knowledge by then of Japan’s atrocious treatment of women in countries across Asia that it conquered during the war.

Tens of thousands of women were employed to provide cheap sex to U.S. troops until the spring of 1946, when Gen. Douglas MacArthur shut the brothels down.

The documents show the brothels were rushed into operation as American forces poured into Japan beginning in August 1945.

“Sadly, we police had to set up sexual comfort stations for the occupation troops,” recounts the official history of the Ibaraki Prefectural Police Department, whose jurisdiction is just northeast of Tokyo. “The strategy was, through the special work of experienced women, to create a breakwater to protect regular women and girls.”

Protect regular women and girls from what, we wonder? America is the most moral nation ever to exist in the history of the world, or so we were taught.

According to John W. Dower, precisely as the Japanese government had hoped when it created the prostitution facilities, while the R.A.A. was in place “the incidence of rape remained relatively low given the huge size of the occupation force“.[8]:130However, there was a resulting large rise in venereal diseases, where for example in one army unit 70% tested positive for syphilis and 50% for gonorrhea, which led the US army to close down the prostitution.[8]:130

It is important to note that the brothels were not shut down because of the moral implications of it but because of the spread of disease, brought to Japan by these very same troops.

The incidence of rape increased after the closure of the brothels, possibly eight-fold; Dower states that “According to one calculation the number of rapes and assaults on japanese women amounted to around 40 daily while the R.A.A was in operation, and then rose to an average of 330 a day after it was terminated in early 1946.”[8]:579

According to Terèse Svoboda “the number of reported rapes soared” after the closure of the brothels, and she takes this as evidence that the Japanese had been successful in suppressing incidents of rape by providing prostitutes to the soldiers.[11] Svoboda gives one example where R.A.A. facilities were active but some not yet ready to open and “hundreds of American soldiers broke into two of their facilities and raped all the women”.[11] According to Svoboda there are two large events of mass rape recorded by Yuki Tanaka at the time that the R.A.A. brothels were closed down in 1946.[11]

According to Tanaka, close to midnight on April 4, an estimated 50 GIs arriving in 3 trucks assaulted the Nakamura Hospital in Omori district.[12] Attacking at the blow of a whistle, over the period of one hour they raped more than 40 patients and an estimated 37 female staff.[13] One of the raped women had a two-day old baby that was killed by being thrown on the floor, and also some male patients who tried to protect the women were killed.[14]

According to Tanaka, on April 11, between 30 and 60 US soldiers cut phone lines to a housing block in Nagoya city, and simultaneously raped “many girls and women between the ages of 10 and 55 years.”[15]

Michael S. Molasky, Japanese literature, language and jazz researcher, states in his study of Japanese post-war novels and other pulp literature, that while rape and other violent crime was widespread in naval ports like Yokosuka and Yokohama during the first few weeks of occupation, according to Japanese police reports, the number of incidents declined shortly after and were not common on mainland Japan throughout the rest of occupation.

Up until this point, the narrative’s events are plausible. American soldiers stationed abroad did (and still do) commit abduction, rape, and even murder, although such incidents were not widespread in mainland Japan during the occupation. Japanese police records and journalistic studies indicate that most violent crimes committed by GIs occurred in naval ports such as Yokosuka during the first few weeks after the Americans arrived in 1945, and that the number declined sharply thereafter. The above passage from Chastity also points to issues which are central to a serious consideration of prostitution in postwar Japan: for example, the collaboration between police and medical authorities in enforcing a regime or discipline against women working outside the domestic sphere, the economic exploitation of female labor through regulated prostitution, and the patriarchal valorization of chastity to an extent that rape victims are left few alternatives but prostitution or suicide..“[16]:16[6]:121
There were 1,336 reported rapes during the first 10 days of the occupation of Kanagawa prefecture.[17] Tanaka relates that in Yokohama, the capital of the prefecture, there were 119 known rapes in September of 1945.[18]

In the one instance when the Japanese formed a self-help vigilante guard to protect women from off-duty GIs this was met by the US army using armored vehicles in battle formation, and the leaders received long prison terms.[19]:67

According to Dower, “more than a few incidents” of assault and rape were never reported to the police.[8]:

And we should not forget the sex problems that Okinawa has had to endure for the past 67 years, including gang rape and prostitution.

It may be true that the winners write history but all of this hardly gives Clinton a moral basis for becoming involved in the issue between Japan and South Korea. Most likely, Clinton is willing to sell out Japan on this issue as leverage with South Korea or as a warning to Japan.

The fact is, South Korea has its own problems with US troops, apparently aided by the South Korean government.

South Korea has railed for years against the Japanese government’s waffling over how much responsibility it bears for one of the ugliest chapters in its wartime history: the enslavement of women from Korea and elsewhere to work in brothels serving Japan’s imperial army. Now, a group of former prostitutes in South Korea have accused some of their country’s former leaders of a different kind of abuse: encouraging them to have sex with the American soldiers who protected South Korea from North Korea. They also accuse past South Korean governments, and the United States military, of taking a direct hand in the sex trade from the 1960s through the 1980s, working together to build a testing and treatment system to ensure that prostitutes were disease-free for American troops.

And so have other Asian nations where US troops are stationed.

Those who oppose U.S. military bases in the Philippines, South Korea and Thailand have long drawn attention to brothels clustered around bases in those countries. The nonprofit group Prostitution Research and Education estimates 400,000 prostitutes worked in Thailand in 1974 when GIs went there from Vietnam on furlough.

The United Nations Office on Drugs and Crime estimated in 2006 that more than 2 million people are trafficked in the global sex trade, though it noted the number could be as high as 10 million.

The U.S. military has never admitted its role in promoting prostitution in this or any other war. But sooner or later, the Pentagon must be held accountable for this severe violation of women’s rights.

Perhaps the self-important Clinton should go home and expose America’s own crimes against the Japanese and other nations before lecturing Japan on its past.

At any rate, this should be a warning for all Japanese that the US will seek its own interests over that of its allies whenever it finds it beneficial to do so. And this is the nation that Noda wants to open its doors to militarily, diplomatically, and economically. They must be paying him a lot of money to get him to bring this on the Japanese people.

[関連記事]
Okinawa is not the only place in Asia having problems with US troops2011年10月3日
不名誉な社会：嘘がまかり通る政官界2011年4月19日
Takae, Okinawa under siege by US Marines2011年2月9日
Obama poking a stick in North Korea’s eye2011年4月19日
It’s come to this: US, Japan playing grade school semantics with Okinawa base issue2011年6月28日
投稿者 sakuramochi 時刻: 23.8.12
Email ThisBlogThis!Share to TwitterShare to FacebookShare to Pinterest
ラベル: comfort women